GREG IS AVAILABLE TO SPEAK AT YOUR CONFERENCE, SEMINAR OR LIVE EVENT AS A KEY NOTE SPEAKER, OFFERING EXCEPTIONAL VALUE AND SHARING HIS PERSONAL EXPERIENCES AND KNOWLEDGE.
HE IS ALSO AVAILABLE FOR PRIVATE MENTORING FOR TRADIE BUSINESS OWNERS.

Are you bleeding proﬁts out of your business and don‘t even know it? How to quote/price your jobs, analyse your proﬁtability and turn your tradie business into a money making machine

TOPIC: ‘IS YOUR PERSONAL LIFE SUFFERING BECAUSE OF YOUR TRADIE BUSINESS?’

How and why you NEED to get your time under control and get your life back.

TOPIC: ‘HOW TO OUTSOURCE IN YOUR TRADIE BUSINESS’

Become a cost-neutral proﬁt centre where outsourcing basic tasks pays for itself and then some, and ﬁnally learn the secrets of how to grow and scale.

How to do the simple, easy things for your customers and create raving fans that refer. Make excellence, high standards and a good culture run through your business.

View our video below for more information, and get in touch if you’d like to discuss how Greg can help you turn your business around and find more time for what’s really important in life; finding balance and enjoying yourself while building a great business. 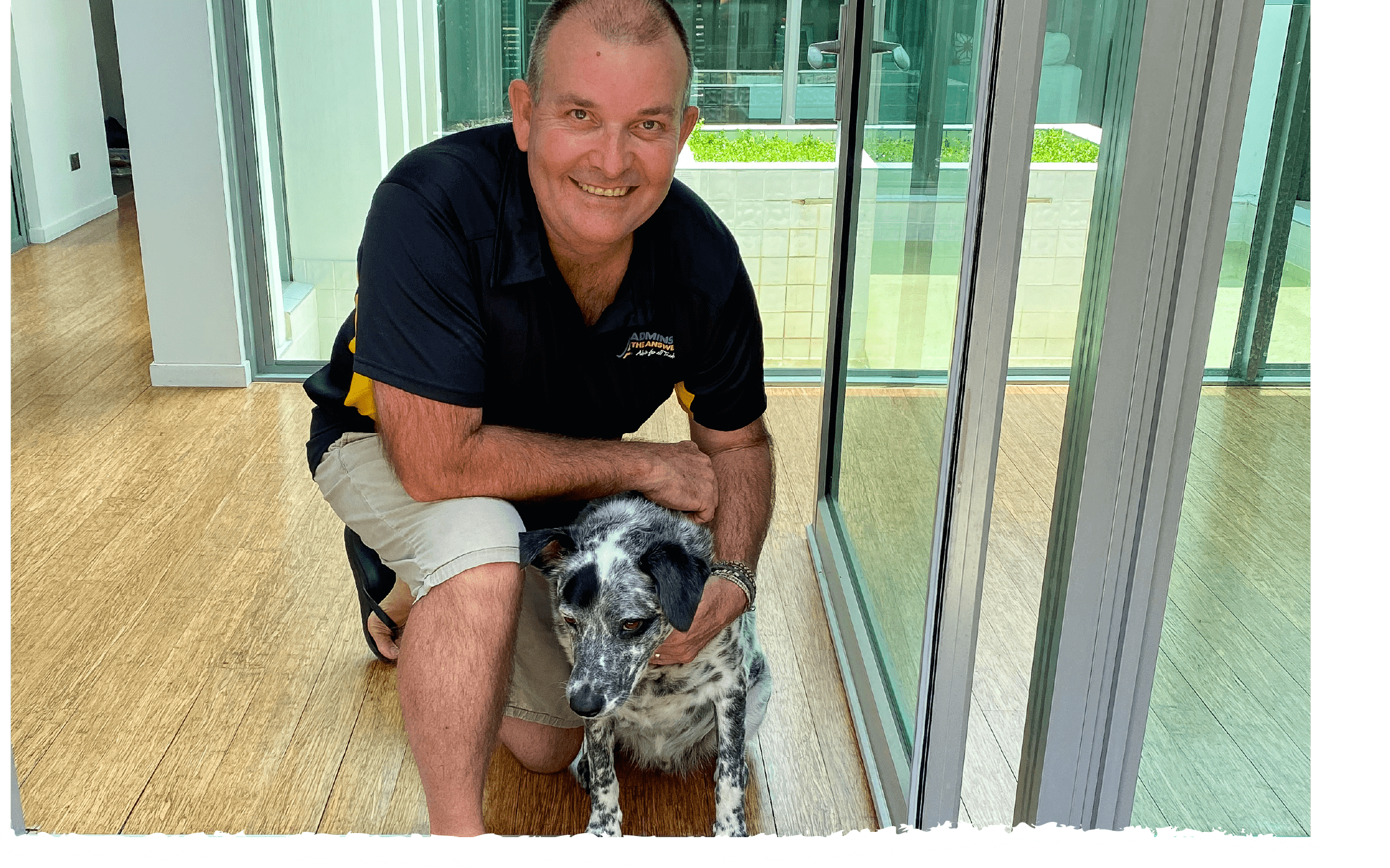 After leaving School in year 12, Greg’s career started off in Banking, many years ago with a vision when he left School to be an Accountant. Numbers are his thing. But, when the Accountancy course went from number crunching to studying Accounting Law, Greg ran a mile and sought a different vision. The years at the Bank, being his ﬁrst Full Time Employment, were a great lesson in Customer Service, Accuracy of Work and Teamwork but a decision needed to be made if Banking / Accounting was not going to be his thing.

He left the bank and joined his Families business manufacturing Ladies Fashion Shoes (you may be familiar with the Brand names like Sandler and Jane Debster). Greg was 6th Generation in his Family to join the Business.

Looking back on this time he understands how advanced and ahead of its time the Company was. Manufacturing in Australia was and is tuff and only the great succeed. The lessons learnt and coached through the 12 years at J Robins, in the late 80’s and early 90’s are still being used today. The ability of people to do what they thought was not possible, to see Production Line Employees direct and manage their own, were experiences realised daily at J Robins. They empowered their staff of all levels to think for themselves, set goals, mange non-compliance. They had teams who were responsible for hiring and ﬁring their own team members. Exciting and rewarding times but there was one problem.

Sadly, Greg decided to leave the Family Business and joined Cerebos Foods as one of eight new Manufacturing Team Leaders. Here the job was initiating a cultural change program throughout the Manufacturing team, a total of 300+ employees. Greg spent 8 years at Cerebos and progressed through the Corporate ranks winning a managerial Scholarship to Darden University in USA along the way. Greg resigned as the National Operations Manager overseeing all Manufacturing In Australia and the last of the 8 Team Leaders to resign. The decision to leave was based purely on his inability to progress further within the Company as his Manager was not about to resign any time soon.

Greg then joined Unilever as their Operations Manager overseeing the Streets Ice Cream manufacturing plant. An introduction to Australian Unionism and a real change of scenery having come from a fully engaged, empowered workforce both at J Robins and Cerebos to a very strong “Us and Them” culture at Streets. Very challenging and constantly felt like he was taking one step forward and 3 steps back. Greg was provided with a trip visiting many other Unilever Ice Cream plants around the world meeting fellow Operation Managers to discuss, compare and then to incorporate best practice back in Australia.

During his time at Unilever, Greg was also renovating his house himself and whilst he had always done the general handyman jobs himself, this was a step up. During the renovations, Greg and his family visited a local home show and it was there he met some Franchisees from Hire A Hubby Property Maintenance.

The timing was perfect as Greg was already looking for his next employer and loving what he was doing at home, so both paths seemed to meet. Time will show that just one month after that meeting, Greg had bought a Hire A Hubby Franchise and the opportunity to run his own Business had begun.

Greg was a ﬁnalist as a new Franchise Of The year and won the State Award a few years later for best Performing Franchisee running a Business with employees. 5 years into his 7 years with Hire A Hubby, Greg purchased his second territory and at that time was only one of four Franchise’s in Australia to own two territories. Married and then with young kids a massive decision was about to be made, sell the two Franchises and look for a new start within Australia.

Sydney was becoming an uncomfortable and too busy place to live and with the kids the age they were, it was now or never. Greg applied for an Manufacturing Operation Manager’s role on the Sunshine Coast in Queensland. The Company ﬂew him up for an interview and offered him the job that day. A new beginning was upon the Family. New Home, New Schools, New Job, New State. The job that brought the Family to Qld was unfortunately made redundant just 14 months later and the immediate realisation that work opportunities on the Sunshine Coast are nothing like that in Sydney.

Greg often ﬂew back to Sydney on Sunday nights, working on the tools for a number of Hire A Hubby owners who needed help and ﬂying home Friday afternoon’s. It was during these trips that Greg realised that the Admin side of these guys Businesses needed help. As a guy on the tools for them, he saw ﬁrst hand how those with organised Admin far exceeded those that were trying to do it all themselves and so, given his background both Commercially and as a Small Business Owner, an Admin Company was born.

Admins the Answer, having started with just Greg, now employs many staff, provides Admin support for Businesses all over Australia and continually expanding in helping any Tradie Business get their Admin sorted.

WHAT TRADIES SAY ABOUT US

Being part of a large group having their admin all sorted by Admins The Answer, I am provided figures to show where some of my business numbers compare to others that they manage. Some months ago I looked closely at one report that showed how much money other clients of Admins The Answer were recouping monthly, in addition to their hourly wage, to pay for admin. I was surprised at how far behind I was in comparison. I spoke to my Admin Assistant and also to Greg. We changed the way I was quoting and now I am recouping hundreds of dollars more every month. Now I’m working on being the No 1 on the same report. If it wasn’t for these  free reports,  I simply would not have made the change and so I say "Thank You". 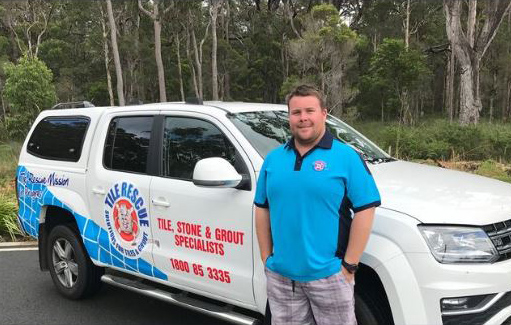 Admin is definitely the answer! After having a conversation with Greg and being told that we can make money by hiring him sounded too good to be true- Like how can we make money when someone else is on the tools? Now having Greg and his team helping us every step of the way has made our lives easier and even STRESS FREE! No job is too big or too small for the team at Admin’s The Answer and they always get results. They are worth their weight in gold and we would highly recommend them to anyone who wants to run a more efficient business!!!

I've been using Admin's the Answer for 8 months now, and it's been a great experience so far! Their team helps me to free up time that is better spent on the road, rather than in the office. Highly recommended.

I got caught up in the latest Brisbane COVID outbreak and had to drop everything and race to get a COVID test, I ended up having to isolate for 10 days. Thankfully I had Admins The Answer to help. While I was in line waiting for my test, Jess from Admins The Answer was calling all my customers and rescheduling the work. Jess was a huge help and really relieved the pressure during a stressful situation. 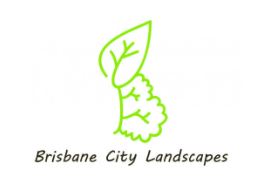 I have been using Admins the Answer for a while now, has been an absolute pleasure having Greg and Cath help me with my business. I have now bought back my own free time and I do normal days work, knock off and there is no other admin stuff that has to get done. They are truly a great Business to have help you with your business and I cannot speak more highly of admins the answer.

The Admins The Answer team really care about helping their clients run their businesses more efficiently. They are very experienced themselves having previously been involved in managing large manufacturing processes and also very successful high volume service businesses. Using this knowledge and experience they are able to custom ﬁt the admin services to suit each clients individual needs. It has given me peace of mind to know the Admins The Answer team are overseeing this important function in my business therefore freeing my time to focus on the income generating sales and production tasks.

I’ve have my Admin looked after by Admins the Answer for some time now. Having them look after those Admin tasks that I either don’t have time for or not sure the best way to manage them, has been nothing short of unreal. They are always there to help and often solve problems for me that I have spent far too long on myself. It has saved me time overall in my week and I thank them for it. If you want to save time in your Trade Business, best you get in contact with them.